Obtaining Bulgarian citizenship by origin – some specifics of the procedure 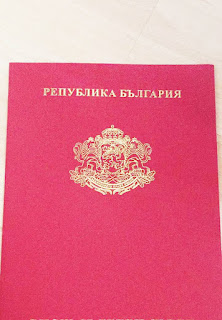 One of the most used options for obtaining Bulgarian citizenship by naturalization is on the base of Bulgarian origins. These occur in situations where at least one of the ancestors of the applicant – parent, grandparent, etc. – recently is, or has been a Bulgarian citizen. It is a famous option mainly due to the historical circumstances. There are many Bulgarian communities and respectively, decedents of Bulgarians in all the neighboring countries – Serbia, Macedonia, Greece, Romania, and Turkey. As some of us say, “Bulgaria is the only country in Europe neighboring only with itself”, because during the last four wars in the last century, in which the country participated (The 1st and the 2nd Balkan Wars, The World War I and The World War II), Bulgaria has lost huge part of its territories covered with Bulgarians living there. Also from the historical point of view, there are also, in addition, huge Bulgarian communities in not distant countries like Moldova, Ukraine, and Albania (mostly formed by Bulgarians who escaped 150-200 years ago, during the Ottoman Empire slavery). Recently the Albanian government just recognized officially the Bulgarian minority in Albania and confirmed its legal rights. This recognition of Bulgarian minority is a step ahead in allowing the decedents of these ancient Bulgarians to keep their identity.

Also, I need to add here the huge number of Bulgarian immigrants who migrated abroad in the western countries for the last century and especially during the last 25 years. Nowadays more than 2 million Bulgarians live and work abroad – mostly in England, the USA, Germany, Italy, Greece, etc. In addition, many Bulgarian citizens have migrated (voluntary or were forced to do so by the Authorities) in Turkey on several migrant waves - in the early 1950’s and in the late 1980’s. This circumstances led to many people living abroad, who have Bulgarian ancestors. For example, while I used to reside in Illinois, USA, I met a local person whose grandfather was a Bulgarian, immigrated in America during the 1940’s, searching for a better life and running from the WWII knocking on his door back then.


Once Bulgaria entered the European Union in 2007, the Bulgarian passport became more valuable, because it already allows visa-free travel, residing and working in the EU. In addition, the Certificate of Bulgarian origin, allows then applying for residence permit in Bulgaria. This, combined with the other above detailed circumstances, still attracts the decedents of many Bulgarian citizens and in practice leads to increasing the number of applications for Bulgarian citizenship on the base of Bulgarian origins. Mostly these are lodged from Macedonian citizens, Moldovan and Ukrainian citizens and recently - Turkish citizens, who have at least one Bulgarian ancestor. For example, last week I went to the National Agency for Bulgarians abroad – the authority which issues the Certificate of Bulgarian origins. They told me they are booked for lodging the related application until the end of the year.... And there are two months ahead until December 31st. In such situations, the Consular offices abroad could be a better option for lodging faster the particular application.

One very important thing that I realize during my practice on the matter – obtaining the accurate official documents for the Bulgarian identity of the ancestor (to support applying for Certificate for Bulgarian origin) is very important. Often these won’t be obtained at the Authorities in the foreign country, where they reside (d), but mostly at the Bulgarian Authorities. For example, last month I had a request by a Turkish national who claimed he has Bulgarian origins and was interested in obtaining Bulgarian citizenship by origin. Although he kept asking me for a list of concrete documents to obtain from Turkey about his Bulgarian ancestor, I couldn’t provide such. Because the reality is that such personal documents, related to Bulgarian citizenship and identity of the ancestor, should be obtained from the Bulgarian authorities here in Bulgaria.
Unfortunately, when related to old civil registrations back in history, technical troubles may occur – destroyed or missing civil registers, lack of personal information in the present electronic registers about people who lived a long time ago in Bulgaria, etc. Usually these problems are caused by two events – decedents of the Bulgarian ancestor didn’t keep or presented ever the up-to-date information towards the local Authorities; in addition, when there have been reforms in the civil registers during the years, the missing information had nowhere to appear from; so now there are examples of foreigners who wish to claim they have Bulgarian origins, but hold no documents to prove it; neither obtain such documentation at the Bulgarian authorities. Simply because they reside abroad, and they have nowhere to start from due to lack of any personal details for their Bulgarian ancestors and lack of knowledge about these specific investigations and procedures.


Therefore, before the applicant starts the process of applying for Certificate of Bulgarian origins, and respectively – for Bulgarian origins, I would recommend consulting in advance with an Immigrant lawyer about the possibilities of applying for Bulgarian citizenship, and most important – to perform a detailed research at the local Authorities for obtaining the needed personal details of their close or distant Bulgarian ancestors, that will allow them to apply for and obtain Bulgarian citizenship on the base of origins. This could avoid entering into bigger expenses with no result achieved after performance of the long-term immigration procedures. There is also a legal option for recovering certain types of missing or wrong personal documents of the ancestors through court lawsuit – and where possible, I use it in my practice to help my clients who wish to prove their Bulgarian identity, but hold no documents for it.
Tweet

Amazing website http://rytualymilosne24.wordpress.com where you find many article about love magic.