Home » en » Challenges for the construction of residential complexes in 2017

Challenges for the construction of residential complexes in 2017

in en - on 5:17 PM - 2 comments
The National Statistical Institute of Bulgaria has just published the statistics about the buildings entered into exploitation (with Permission for Usage) for the second three-month period of 2017. Here these are: 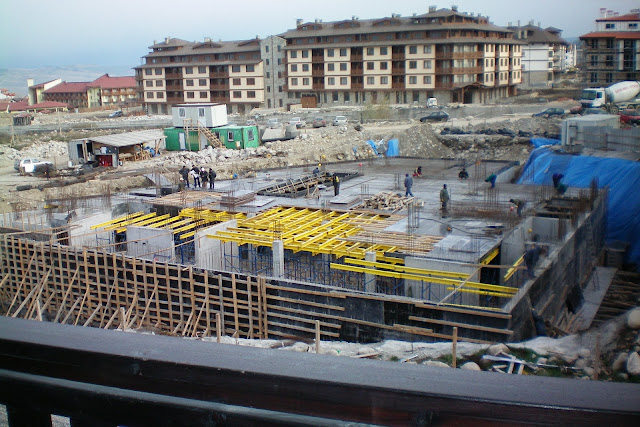 These statistics lead me to several personals conclusions about the present situation of the construction business:
1) The tough days for constructing residential complexes in Bulgaria, presented for the last 6-7 years continue, as the total number of residential complexes decreases in comparison to 2016. This is caused mainly by the absence of many buyers in the real estate market. The population in Bulgaria decreases with 70 000-80 000 people due to demographic, migrant, social and other reasons. In addition, a huge part of the people who live in Bulgaria, work for only 300 Euro monthly wage, so they can't afford to pay the recently increased prices for newly built homes (average of 60 000 – 80 000 Euro). They are not even able to obtain a mortgage loan because their income is not enough to cover the monthly installments. Well, some hungry-for-cash real estate agents may argue that in the capital Sofia and in a big city like Varna there are enough potential and well-paid buyers looking for a new home. But the truth is that the country collapses as a result of the incompetent and corrupted ruling, where the minimum monthly wage is 232 Euro (will rise to 255 Euro in January 2018) but food prices are the same like in Western Europe, and sometimes higher. For example, a jar of baby puree in a supermarket in Berlin costs 90 Eurocents, while here in the local supermarket from the same chain, the same jar costs double – 1.80 Euro. So for the last 25 years these Bulgarians, who haven’t migrated abroad to the Western countries, constantly use to migrate from small towns to the biggest cities (Sofia, Varna, and Plovdiv) where they could get bigger salaries. If you meet ten people who recently live in Sofia or Varna and ask them where they are from, 8 or 9 of every 10 have migrated there from smaller towns or villages. I know, because I have lived in both cities.

Another circumstance that led to fewer buyers on the off-plan real estate market is that many young working people prefer to stay on rent, instead of buying their own home. They feel insecure and unsafe in the present economic situation in Bulgaria so they are not attracted by the 3.5-4% interests on mortgage loans, recently offered by local banks. Which rates, by the way, have dropped twice since 2009, when there were interest rates of 8-9%.
2) The fewer number of buyers looking for newly built homes has led to a reduced total number of newly built homes/apartments (15% on annual basis). And in common - to the reduced sizes of complexes, which results in the less total built-up area of newly built homes (14.2%). I.e. developers build smaller residential complexes now.

Also, the reduced number of residential complexes, compared to the increased number of family houses speaks enough that people now prefer to invest in (their own) independent homes, which they usually construct (via hiring builders), on their own piece of land. This means: You are not forced to pay in short periods, i.e. you do the construction whenever you have money for it and look for better deals on materials and labor hand; you are not afraid that you won’t get what you have paid for, due to mortgages obtained by the developer from banks, sudden bankruptcy or insolvency procedures of developers, etc.

3) So the local developers try to react against the fewer number of off-plan buyers in the last couple of years, via increasing the size of the newly built apartments in residential complexes. This increase in the build-up area reflects in the official statistics related to the size of an apartment (average of 3 sq.m.). The logic is simple – fewer sold apartments, but having bigger sizes and bigger price. So profit should not drop significantly.


4) The increased size of newly constructed apartments has led to increase in price. This is why, mostly in Sofia and Varna, people talk about the increase in prices of homes on the real estate market. It mostly happens because it is now modern among the young people to search for a newly built first home, and so the prices of these increase due to the bigger size and to the increased searching of such premises.

5) Speaking of the size of newly built apartments, there is one specific - the size of the associated with the apartment ideal shares of the common parts of the building rises too. For example, if 15 years ago the ideal shares were roughly 6-8% of the total size of the apartment, now these are between 12-18%. Now it results in buying a bigger sized apartment according to your Title Deed, but yet not a bigger apartment itself.
Considering the above, as well the present economic situation in Bulgaria, and the interest by foreign property buyers too, I expect in the next couple of years the number of constructed residential complexes to continue to drop, where concentrated only in Sofia, Varna, and Plovdiv. Because only in these big cities still there is interest by buyers looking for a newly built home since the rest of the country is slowly dying and its population continues to disappear with a progressive number on annual basis.

The above represents only my personal view on the situation, established on my experience and knowledge, and it does not oblige you in the form of an advice or professional opinion.
Tweet