The Burqa Ban – where personal rights contradict with the public rights 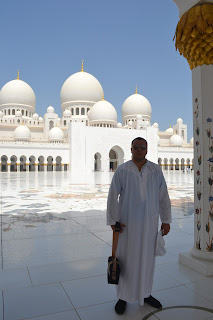 Shortly ago in the cities of Nice and Cannes and on the island of Corsica in France, a prohibition has been announced for face and whole body covering on the beach (known as “burqa ban” or “burkini ban” because it affects the Muslim veil). The prohibition does not allow wearing the so-called “hijab” on the public beach. Published reasons by the authorities are safety ones, security ones (due to difficulties for clear identification of the person), aims for avoiding disorder and also hygienic reasons. The prohibition affects mostly the Muslim tourists who would like to rest on the beach, bearing their religious rules about face and body covering. Therefore there have been many disputes about the conflicts which such ban could create and does it harm the freedom of exercising the person’s religion belief.

For myself, I am religious person – most of the people in my country are within the Orthodox Christian family. As a lawyer I have always supported the freedom of personal religious beliefs, bearing that it ways goes with “attachments” – i.e. these small or serious religious rules and orders, that should be followed to express belonging to the particular religion. I believe that every person has the right to exercise their own religion and to obey its rules for behavior. This is a supreme personal right in my view, and it is also constitutionally guaranteed in many countries. I would never allow myself to separate people due to their religion – although I admit I may not understand in details other religions, but for sure people from other religion are not supposed to understand mine as well, neither to understand our religious rituals here.

Therefore the burqa ban prohibition on the public beach in France cities should be supported, as long as the legal reasons for issuing it serve the public needs. The public interest should be in superior position compared to the personal right of following religious rules. People need to put understanding in the fact that public orders should be obeyed even by others who do not share the same beliefs. There is a simple example: I have been in the Emirates on vacation, and I learned there that there are particular behavior rules in public (originating from the Islam religion) that should be followed (like travelling separate men from women in the city metro, like the ban that prohibits eating in public during the Ramadan period in August, like the rule for keeping the whole body covered and taking your shoes off when walking in the White Monk in Abu Dhabi, etc.). As far as I understood, there were serious penalty for not obeying the public rules and prohibitions. I personally love Dubai and I followed the public rules there without arguing, or asking for more personal rights – just because in my understanding, these are the rules in this particular society, so if I want to be part of it even for a couple of days, I have to follow their rules. At the end of the day nobody forces me to stay there if I don’t like the public rules for behavior. But as I said, I have followed these and my whole visit was terrific, it’s a perfect spot for a tourist like me and I would love to visit the Emirates again one day on vacation.


So let’s convert things now – as visitors and residents obey the rules in public in one country (for example a Muslim country in my case), then why the burqa bank in France should be a subject of protests and arguing? France has its own public rules for behavior on public places (like the beach); so if these provide prohibition of face and/or whole body covering, then let it be. I guess we all should follow it without protest, just like we do not protest to ride in different wagon, separated from our women, in the Dubai metro. As I said above, at the end of the day nobody forces people to visit the public beach and to reside in France in total, if they are not happy with the local public rules and orders for behavior on public areas. Just like there is no prohibition for these women who take-off their hijabs on the plane leaving Arabia towards Western Europe. People are still free to reside in their home countries, where the rest of the society shares their own beliefs and behavior.

In conclusion, religious beliefs and rules for personal behavior following the religious traditions, should not contradict with, neither affect public rules. Everyone is free to exercise their own religious beliefs, but should obey the rights of others and the public rights. As well when visiting or residing in another country, the cultural and public specifics of the local society should be respected. Especially where at the same time, we expect the same from foreigners in our own country too.
Tweet