in en - on 4:43 PM - No comments
According to official message on their blog, Google will start sanctioning websites which use aggressive ad tactics and deliver too much pop-up add content on mobile devices, effective 2017. This relates mostly to smartphones and tablets that deliver mobile online content towards users of internet services. One of the main reasons declared is that pop-up ads use the whole screen of the device and have to be closed manually by the user to enable using the small screen of the device.


This is good news and I have been waiting for these measurements by Google for a long time. As a person who uses a lot a couple smartphones and tablets I surf online almost all of the time (both during work and in my spare time). Since many websites have recently improved their mobile versions, upon reaching a particular website I’ve been asked on many occasions to download applications, to check advertisements or ad applications, etc. With the interstitial format, before I even open content of the website, or at some time during read, I note a huge add that popped up on the whole screen, and have to remove (close) it first, to be able to open the website and reach the needed content, or to continue reading. There are even websites which constantly ask to download their mobile version, every time I try to open them.

I find couple huge differences between pop-up adds due to their technical specifics on one hand, and the mainstream advertisements on TV and radio, on the other. Let’s split it two ways: Following your personal interest, you have the right of choice to skip the (upcoming) adds you don’t want to see on TV - via simple click on the remote control button; but you don’t have the right of choice and have to look through the add that popped-up on your cell phone, until you find and press the closing button on the add. In the view of public interests, with the mainstream media, there are very serious regulations to establish when exactly advertisement may be screened, so you can expect when they may deliver adds to the public - (for example, between the different TV-shows). On the opposite, can’t predict when a pop-up add will list on your mobile device and will prevent you working with it until you actually close the ad. In other words - you just cannot avoid seeing an ad which you don’t want to see, on your mobile (of course there are versions of “pop-up blocker” software, but not everyone uses it). This may result in watching in all cases the particular advertisement so the advertiser achieves their goal while there is no benefit for you. Also I believe there is a negative influence of watching too many ads, as many of these use manipulative tactics that affect person’s choices and habits in one way or another. At the end of the day, the main goal of the science “Marketing” is to make consumers to spend money and buy things, right?


Therefore I support the upcoming changes planned by Google as I believe it develops the right of choice of users to decide what to watch and what – not while surfing online on their mobile devices. Obeying and protecting their privacy is a supreme goal in my view and all efforts on this matter should be encouraged. As well it is one step close to creating better regulations about online advertising in common. 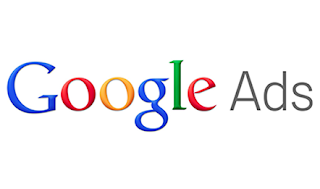