in en - on 10:30 AM - No comments
The local civil law entitles people who suffer from tort, to pursue financial compensation of the damages that occurred from the wrongful act. Tort claims are recognized by the Bulgarian Law and these are common instrument for protection after car accidents, labor accidents, insults or defamations, etc. In cases the tort results in the death of a person, his or her heirs can pursue in court via lodging tort claim, a compensation for the non-pecuniary damages (usually in the form of sadness, depression, stress or other negative feelings, etc.) caused by the accidental death of their ancestor as a result of the wrongful act.

The local legislation does not specify strictly the list of heir (i.e. relatives) who are legally entitled to pursue non-pecuniary damages in court directly against the wrongdoer, and in some cases - after car accident, for example, directly against the insurance company when the driver had third party liability insurance. Therefore the Supreme Court has issued couple Decrees, dated 1961, 1969 and 1984, in which strictly indicates namely who could lodge tort claim for the damages rising from the death of their ancestor – these are the people who had parental or marital relation with the deceased. This circle, designed by the Supreme Court includes the figures of the children of the deceased person (also any adopted ones), or their parents, or their spouse (incl. the partner who lived with them on even if not married). Basically this scheme implements the circle of direct heirs, recognized within a probate procedure. 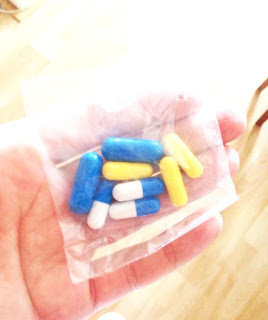 There are dough, certain close relatives of the deceased who, although not prohibited by the Law, are excluded from the list in the abovementioned Supreme Court Decrees, and respectively are not entitled to lodge tort claim for the non-pecuniary damages, caused by the wrongful act that led to the death of their relative. These relatives are - brothers or sisters of the deceased, or their grandchildren or grandfathers. The reason detailed by the Supreme Court to exclude these close relations from the circle of claimants, is namely because they are not considered as “the closest ones” to the deceased. Something I can’t agree with.

First of all, the Bulgarian culture, among with the particularity of owning own home, includes also the strong traditional relations that rise within Bulgarian family. Local families grow big and Bulgarians usually use to keep good relations with their grandparents and grandchildren, with their brothers and sisters, with their cousins, etc. And often use to live together “under one roof” in order to help each other during the difficult times for our country per the last several centuries. These strong family relations mean that huge moral damages could occur if a brother or sister, or grandparent dies after wrongful act (for example after a car accident). Here you can spend a lot of time during your life with your grandparents, or with your brother in the same house. Secondly, even not recognized by the Inheritance Law as direct heirs, these close relatives are not totally excluded by the Law – they just substitute the descendant and the ascendant heirs. In additional, brothers or sisters may also suffer really badly from the accidental loss of their beloved brother or sister, grandfather or grandmother. This mental suffering, these negative personal feelings by the heir represent a non-pecuniary damage and its compensation should be allowed by the court, as there is no direct prohibition in the legislation for brothers and sisters, grandparents or grandchildren to lodge this type of tort claims. Denying the right of these close relatives to pursue compensation for moral damages just because the Supreme Court proclaimed fifty years ago that they should be kept out of the circle of the relatives to pursue pecuniary damages after tort, in my view discriminates them and their personal feelings, and unfortunately does not benefit justice.
Tweet