Parental rights – who has majority?

in en - on 12:02 PM - 1 comment
Part of the practice of the local civil courts involves hearing of cases for execution of parental rights, following art.127 of the Family Code – usually after divorce (and together with the separation lawsuit). Nowadays this circumstance already changes, since more and more local couples live together and have children without marriage. Usually execution of the majority of the parental rights – namely where the child should live and which parent should take daily care of the child, depend of the interests of the child in bulk: the parental capacities, the giving of care and efforts towards the child, the moral skills of the parents, social environment, the age of the child, the connection between the kid and the parent, who can provide financial support to the child and meet their daily needs, which parent can provide home to the child and their own room for playing and studying, etc. Children over 10 years of age could be asked in court for their own wish which parent they would choose to live with, as well. As result of these lawsuits, usually one of the parents receives exercising of the parental rights in full (the right of teaching behavior, giving care and exercising control over the child), and the other parent is obliged to provide monthly financial support and receives particular time of personal contacts with the child.


In my practice I have met several important issues when the court decides about the parental rights:
1) The first issue rises with one archaic provision by the Supreme Court – implemented in Decree № 1 dated 12.XI.1974 on civil lawsuit № 3/74, The Supreme Court Plenum, while Bulgaria has been still under the communist social and legal order. This Decree points to the gender of the child when deciding on the parental rights, and namely states that in cases where the child is a female (girl), the mother should receive majority in exercising the most of the parental rights. Where the child is a male (boy), the mother and the father are equally qualified to exercise it so the rest of the circumstances should be examined.

2) The second issue in the above detailed Decree of the Supreme Court Plenum relates to the age of the child - where it proclaims that babies and small age children should live with their mother, not with their father. 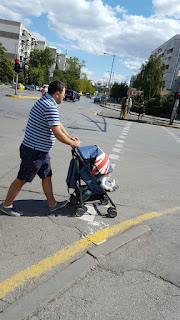 I can’t agree with these two archaic provisions by the court, because:
- In the modern world, namely in 21st Century, there are countries where gay marriage has been allowed; so as these modern couples are still normal human beings, I don’t see how local courts could decide if such case rises.

- Secondly, there are many cases where the father simply can provide absolutely better place for living, daily care and education of the child. I had this lawsuit for deciding on the parental rights over 7-years old boy, where the father had permanent job, could also rely on the support of his own parents who lived the next door, had his own apartment with decorated and equipped individual room for the child, social and friendship connection of the child there were present in his place of residence too. On the other hand, the mother never had any serious job for the last 15 years, she lived with the child 450 miles away from the father in 1-bedroom flat, taken on rent, her own parents lived 50 miles away in another village so they could help her a lot, etc. And although these worrying facts within the presented report by the Social care workers, still two instance courts in Varna have decided that the boy should live with their mother. This was totally non-understandable for me.


3) Other very important issue I have met in my practice is there is no legal rule in our legislation about maximum allowed distance of residence between the two parents in relation to exercising the parental rights. In other words, the court decides even if the child will have to live in the other end of the country, or abroad. In addition, the court very rarely takes in practice under consideration the distance between parents after separation. For example, in the above detailed lawsuit, there was 450 miles distance between both parents’ residences, with no direct flights between them - so whoever takes the child in their own home, it would be extremely difficult and costly for the other parent to perform the usual parental contact with their child.

In my personal opinion, such distanced separation between ex-spouses is extremely dangerous for the interests of the child. I believe there should be legal rule avoiding taking decision at all about the parental rights in cases where the distance between the two parents ‘place of residence would be more than 60 miles – in order to ensure that there will be conditions ensuring that the child will spend enough time with both parents, because every child needs their father just that much as they need their mother. At the end of the day the interests of the child should be considered as more important than the interests of only one of their parents to take the child far away.
Tweet