in en - on 9:23 PM - No comments
Bulgaria is still a developing country. Its development recently jumps within the Era of technology via implementation of the electronic Cadastral Map for the real estates on its territory. This is done part by part, area by area, and town by town, in order to cover the whole area of Bulgaria in the future. Or at least this is the goal of the Ministry of Regional Development. In other words, there is a substitution of the old regulation maps with modern cadastral schemes. These are visible on the national online register.


During this process, much non-regulated (usually agricultural) plots up to present moment, situated outside around the borders of the cities, just had their legal status changed into regulated plots. Now, these allow performance of building works on them. This outcome was one of the main goals for initiating implementation of regulation of these agricultural lands. In other words, the State decided that with growing of cities, particular areas should fall within their borders. Together with building infrastructure around these, in order to meet the modern needs of the local society. 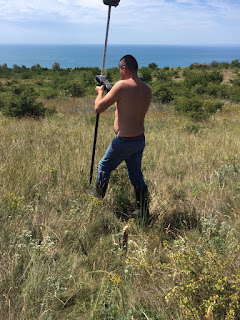 During the changes of the legal status of agricultural lands into regulated plots, the municipal authorities had to possess parts of the private plots for their needs. Usually, they do it for tracing a street around these plots. This is one of the necessary requirements for entering land into regulation. And here comes the rule of Art.16 of the Structure of Territory Act. It provides that the Municipality could acquire for free up to ¼ of the plot for public needs.

Although published in 2001 and modified in 2007, in my view this legislation is inheritance by the communism. During this period the state power had a majority over the interests of the particular citizen. He had almost no rights to react in cases where the government has harmed his/her legal and financial interests with their actions. The same applies here, where the landowner receives a similar plot in the same area without matching the old boundaries. But in some cases, a plot with a smaller area.

I believe this part of the Law needs a change, because:

1) When a person acquires ownership right on a non-regulated plot of land (usually agricultural land, or grape yard, for example), usually they don’t expect that their land later will be converted forcibly into a regulated plot. And when this happens, they have no legal instruments to react against eventual cutting of ¼ of their property. Because usually, Authorities do it in accordance with the Law.

2) In practice, most plots of lands that lose up to ¼ of their size due to municipal needs, also lose part of their value. Even if their price may have increased once changed into regulated plots. For example a plot of 2000 sq.m. loses 250 sq.m. And if calculated in cash, it represents a serious amount of money.


3) Compensation has been already established for cases when taking the whole plot of land for governmental needs. So there is no serious argument why this should not apply in cases where cutting the only ¼ of the plot also.

Such cases occur very often in the last 10 years. Therefore I believe that the local legislation should include a financial compensation in favor of the property owner. To apply when eventually cutting of size up to ¼ of their plot for municipal needs. This would be a fair exchange. And it will help the property owner not to bear the burden to lose parts of their land. Including cases where the Municipality has decided to make changes with their land.
Tweet