Home » en » Torts and damages in the local civil lawsuits

Torts and damages in the local civil lawsuits 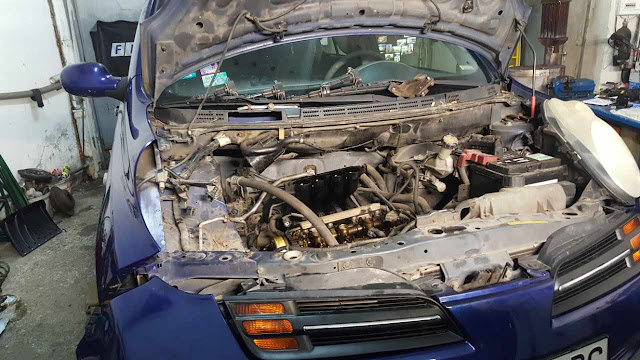 Where there is a tort suffered, the injured person has legal right to pursue monetary recovery of damages in court, via tort claim. The goal is to reach compensation – for example, for suffered injury, damaged property, or harmed personal or property rights. Here are couple huge differences between the Bulgarian Tort Law and the Tort Law within the Common Law System:


1) First of all, the Tort Law in bother legal systems entitles the claimant to pursue compensatory damages (economic losses occurred; expenses made for recovery from personal injury; or expenses made for repairs done to damaged property; or expectation damages due to the wrongful action) or general damages, that are non-economic damages (negative feelings, lots of stress, loss of reputation, non-enjoyment of life after the tort, etc.) But following the provisions of the Bulgarian Tort Law (part of the Continental Legal System) punitive damages or exemplary damages, are not legally recognized or claimable in local courts. For example if you public reputation has been harmed by misleading and disgraceful article in a newspaper, you could pursue in court with filling a tort claim only remedy for damages to your name and reputation and any special damages; but you can’t ask the court to award you with a sum with the role to sanction/punish the wrongdoer (i.e. the author and/or publisher) so they don’t harm you or another person again. In my view as civil practitioner this is a shortcoming in the Bulgarian Tort Law that has to be repaired, because considering the outcome of a 1-year tort lawsuit on the 1st instance, the wrongdoer has not been prevented to pay the awarded compensation, which, compared to their total income does not bother them much, and later to publish another false article in order to achieve readers’ interest (for making profit).

2) Another shortcoming in my view in relation to awarding general damages in Tort Claims in local courts is the lack of any legal list or method for calculation of non-material (general) damages – in a Legal System which does not recognize Precedent Law and Case Law. Court practice (known as “jurisprudence”), here is not the major recognized sources of Law (although its role for interpretation of the legal principles increases during the last 10 years). So there is no governmental or legislative guide to the minimums or maximums of the non-pecuniary damages that could be pursued with a Tort claim. Following the provisions of the Tort Law, calculation of fair amount of these damages has been given to the judges to decide “in justice” on a free will, where restricted only up to the amount listed in the claim. I.e. they can not give you more than you wanted. But first of all, the injured person has no legal clues how to calculate the amount of suffered non-pecuniary and moral damages.


In my personal view this lack of legal guidance makes the job of legal practitioner on Tort claims extremely difficult. When building a tort case, lawyers must be very well experienced in the area in order to be able to advice their clients about the maximum amount of non-material damages they could pursue in court. Considering that Tort claims are charged 4% court tax on lodging the claim, such legal advice is very important in order to save the client from paying non-refundable court fees for any non-awarded damages. This is why there should be set up at least a maximum of pursued amount of general damage, on one hand, and exemplary damages should be established in the local Tort Law and implemented in practice with a role of sanction for the wrongdoer, on another.
Tweet

thanks for the information and posts
personal injury attorney los angeles

Thank you for sharing this information.

Typically with any good Los Angeles personal injury attorney, there's only a fee if you win. Usually it's a percentage of the settlement. If they don't win, there's no fee. So, if the attorney firm doesn't think you're going to win, they won't take your case.