in en - on 4:53 PM - No comments
The 16th of April is celebrated in Bulgaria as the Constitution Day. On this day, in 1878 in Veliko Tarnovo, the 1st Grand National Assembly of Bulgaria has the 1st Constitution of the Bulgaria (also known as the “Tarnovo Constitution”) – the supreme act of legislature, establishing the legal base of the country as a monarchy with a parliament ruling. This day is considered as professional holiday of legal practitioners in all Law fields.

We also pay the due tribute to our modern Constitution (adopted in 1991 by the 7th Grand National Assembly, after the democratic changes in Bulgaria and the fall of the communist system) which now governs the relations within our society. Together with the due respect given, I would like to express several presumptions of mine for eventual future changes in these parts of the Bulgarian Constitution that could not win so far the challenge with time, and in my personal opinion, parts of it that did not grant enough protection for the sovereign – the citizens of Bulgaria. 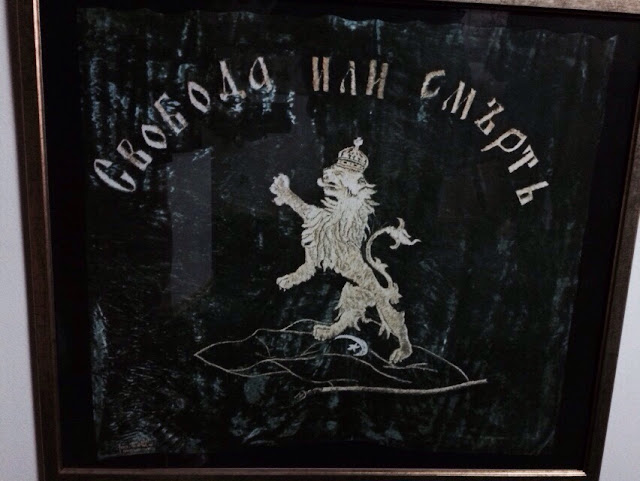 1) The Bulgarian language, being a mark of the Bulgarian identity, should receive better protection within the clauses of the Constitution, I think. There should be couple more clauses added on this material, setting that other languages should not be used in the national official media, when pointed directly to the citizens. Such change for example, should stop the news on Turkish language, been on air daily for the last 10 years already.

2) Considering we are the oldest country in Europe with 13 centuries of history, I admit that the Orthodox Christian religion had huge role for the survival of the Bulgarian nation, culture and identity, through the five centuries of slavery within the Ottoman Empire; and was one of the movements that enabled and forced our liberation in 1878. Nowadays within the text of the Constitution it is written only as “traditional” religion, while I believe that as a tribute on one hand, and as a lesson to the next generations, on another, it should be detailed as the official religion in the country. The other religions with less or minor influence, should be founded here on registration regime, with no restrictions for them, of course.

3) The double citizenship – I consider it as anomaly of the International Law, which should be avoided where possible. Although allowed in Bulgaria, still there is possibility to be used (via naturalization or because of Bulgarian origin) only as instrument for access to the great family of the European Union. Therefore I propose for cases of double citizenship, if not forbidden, at least to be reduced.

4) The people who are constituted (via choice or competition) on job positions within the administration should bear personal financial liability for their illegal acts. Recently they don’t cover the financial negatives for the citizens of appealing illegal or defective actions of the administration. Only via bearing personal liability, the levels of corruption and the lack of competence could be reduced.


5) Maybe the court system in Bulgaria won’t be a subject of such criticism by so many foreign parties and institutions, if in the future the judges in Bulgaria (at least these in the High Courts) are not constituted by the Supreme Court Council. But namely if elected directly on elections by the citizens. From ancient times the societies elected the most reputable persons among themselves, to rule and decide their legal disputes. So though direct election I believe we could rely that the best judges will decide and deliver justice.

6) Although setting democratic bases for the right of private property ownership, where proclaiming that it is inviolable, in my view the Constitution did not deliver enough protection of it. In the present days of petty crime and many illegal activities against the private property in huge countryside parts our poor country, it should receive better protection. People should be allowed to protect their homes and their property with weapon against thievery attacks.

7) Unfortunately the State property also did not receive enough protection for the last 25 years in my view. Felling of state forests, illegal building and poaching is not news anymore, where the governmental keepers have poor rights against criminals and intruders. Therefore governmental workers who protect the State property, should allowed to protect it with weapon, where released from liability if used against thievery attacks.


The above proposals represent only my personal theoretical opinion, on the base of my experience as legal practitioner and my view as politician, and are in no way any type of critic or disrespect to our Constitution.
Tweet