in en - on 12:26 PM - 5 comments
Having a look back at my ten years of experience on the field of legal services in Bulgaria, I could outline several milestones of my practice which is pointed at representation of foreign investors and their interests here. These were the marks that gave description of the legal business and moreover made the legal practitioners more flexible on the market.


First legal jobs I did were related to conveyance during the investment “boom” on the off-plan real estate market in Bulgaria. From a small country with not-so-famous internationally resorts, in few years 2004-2008 it grew into attractive holiday investment destination. Of course with the support of worldwide media and international investment exhibitions, held in the UK and in Spain mostly. It was all about advertisement of successful off-plan projects back then. Off-plan real estate market was speeding on fifth-gear, pushed by known and unknown local and overseas property brokers, prices increased three-four times than previously and hundreds of thousand foreign investors put their money in local holiday apartments and villas.


PART TWO
Unfortunately the country met many of the negative obstacles that could appear in relation to such quick development. The international crisis starting 2008 met here the lack of effective regulation of business investment, supported by the poor legal liability towards private creditors, created by the law for local developers, managers and shareholders of insolvent companies. So in 2009 most sea and winter resorts woke up overbuilt and there was no answer of the question - who was going to use all these new holiday apartments?. In addition many developments that were started just before the crisis were not completed – due to lack of finance and due to unfair practice by local developers and overseas real estate agents. This led to massive pull out of foreign cash investors and ended the standard conveyance practices in many regions of the country; as well closed many offices of real estate agencies. 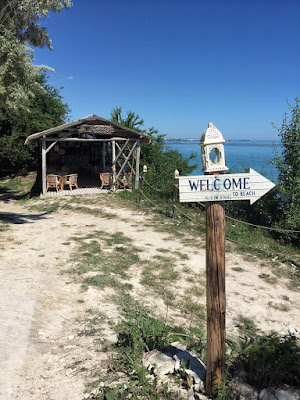 Together with the huge number of delayed and non-finished off-plan developments, there came the need of legal representation at court and pursuing refund of investments. For the last four years there were many litigation lawsuits held at the Bulgarian courts of law, lodged by foreign investors who wanted to protect their failed off-plan investments. Many got their money back – others faced insolvent companies with no assets and the tricks by the developers to save what they could, from the hands of creditors and bailiffs.

Completed holiday complexes, met new challenge – the Condominium Law, regulated with the Floor management Act 2009. Foreign apartment owners realized that they have to organize the legal relations among them in relation to maintenance and keeping buildings in proper condition; where to communicate with each other and to form General Meetings. I personally have performed legal work in relation to management, performance and registration of General Meetings and entities formed by the various apartment owners in such holiday complexes.


PART THREE
Secondary market: The completed and finished holiday apartments obviously could not hold high prices on the overloaded market and among such huge competition. Considering the huge investment made and the annual maintenance fees, in 2013-2014 prices dropped and this opened the gate for secondary market of newly built properties. It was understandable for the foreign investors who initially paid 1000-1500 Euros per sq.m. for an apartment that later brought not the promised 5-6% annual rental income, and facing maintenance fee of 500-1000 Euro per year, to look for re-selling an apartment which they do not need any longer.

So with reduced prices, newly built apartments in the resorts became attractive for one new group of buyers – the Russian buyers. Such properties answered their needs for holiday home on the seaside in a cheap country with direct flights and easy visa obtaining; a gate to the EU. In my opinion there was a huge difference between the type of the previous Western investors and the Russian buyers – while the first ones looked for off-plan bargain with the goal to acquire profit (via renting out or re-sale, that barely succeeded, unfortunately), the Russian real estate buyers were interested in long-investment purchase of holiday home and not for quick-resale investment. More than 300 000 have bought apartments, rumors say. It affected the tourism a little bit, because it was understandable that people, who buy their own holiday apartments here, won’t be attracted by offered vacation packages any longer. Now Bulgarian tourism and real estate market meet the affection by the pending conflict in Southeast Ukraine.

Everyone take a look at this site offering lawyer at very easy procedure ! They are great I have tried them too! Suggested to all! reckless driving lawyer

Is this a blog series? If not, it should be. I would love to read the next installment on this subject.
Bob Block Bail Bonds

I admire this article for the well-researched content and excellent wording. Read more info about Sanford Bail Bond. I got so involved in this material that I couldn’t stop reading. I am impressed with your work and skill. Thank you so much.

You wrote this post very carefully about Workers compensation law. The amount of information is stunning and also a gainful article for us. Keep sharing this kind of article, Thank you.

A very delightful article that you have shared here about IP Law Firm Sydney. Your blog is a valuable and engaging article for us, and also I will share it with my companions who need this info. Thankful to you for sharing an article like this.